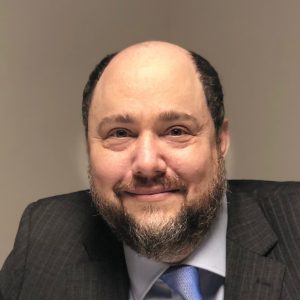 Lewis Cohen qualified as a solicitor in 1995.

He is a partner in our Litigation Department and heads up our Construction and Engineering Team. He joined us in December 2019.

He graduated with a degree in Classics from Cambridge University and then read law at Cambridge for one year to obtain the qualifications required to sit the Law Society Finals exams.

He trained at Glovers solicitors in Mayfair and shortly after qualifying joined Nabarro Nathanson. He moved to Speechly Bircham in 2000 and was made a partner in 2004 after which he joined Blake-Turner LLP in 2009.

Lewis has a very broad range of experience in the field of Construction & Engineering Law. He trained as a litigator undertaking High Court Litigation, Adjudication, Mediation and International Arbitration throughout his career. Since 2009 he has advised on contract formation and the preparation of specialist terms and conditions. He is also recognised as a specialist in the field of Construction Insolvency.

Lewis obtained an MSc in Construction Law and Arbitration from Kings College London in 1998 and wrote a thesis on the enforceability of Adjudicators’ awards. He subsequently obtained a Diploma from the RICS in Adjudication which allows him to practice as an Adjudicator. He has been widely published in the construction law press and lectures regularly on this area of the law.

Our website uses cookies. A cookie is a small file of letters and numbers that we put on your computer if you agree. These cookies allow us to distinguish you from other users of our website, which helps us to provide you with a good experience when you browse and allows us to improve our site. You can read more about the cookies we use and how to recognise them. We'll assume you're ok with this, but you can opt out if you wish.Accept Reject Read More
Cookies Policy