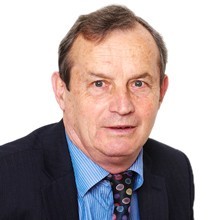 Paul joined Bracher Rawlins as a partner in the property department in 2006. He was formerly a partner with a West End firm before leaving with others in 1986 to set up Bazley White & Co., which merged with Bracher Rawlins ten years ago.

Paul specialises in commercial and residential property law including acting for investors in property, developers of residential and mixed use property and secured lending work for a major bank. He deals with acquisitions and disposals of investment property, new leases for landlords and tenants, licences for assignments, alterations and sub-leases, site acquisitions for developers and subsequent sales, residential property sales and purchases including flat lease extensions and enfranchisement applications.

Paul graduated in Law from Exeter University and qualified as a solicitor in 1974.

In 2020 Paul became a consultant to the firm.

Our website uses cookies. A cookie is a small file of letters and numbers that we put on your computer if you agree. These cookies allow us to distinguish you from other users of our website, which helps us to provide you with a good experience when you browse and allows us to improve our site. You can read more about the cookies we use and how to recognise them. We'll assume you're ok with this, but you can opt out if you wish.Accept Reject Read More
Cookies Policy